In 1981, Rick and Susan Lynn and Rob and Amy Schilling decided to purchase and revive an abandoned farm on the edge of Mount Pleasant, Pennsylvania.

Through a bit of luck and a large surprise deal, they acquired several thousand raspberry plants that grew into the small fruits business of Sand Hill Berries. The plants survived, the fields were restored with new berries and heirloom variety orchards. The Farm Store offering a line of gourmet pantry items soon opened. The opening of the Cabin Café followed and sells desserts and light lunches to visitors.

Soon the fresh fruit grown at Sand Hill Berries made it to the White House with gooseberries, currants, and golden raspberries for two state dinners.

Several seasons yielded a surplus of the highest quality small fruits – this planted the seed for a future winery. Soon the owners came to the realization that their fruit could be made into pure fruit wines, and their expertise in cultural practices would accommodate production of quality hybrid vinifera grapes to provide a full spectrum of wines.

The new winery was planned for many years, but the demands of fruit growing and various regulatory issues stalled the dream. Finally, in autumn of 2007, Greendance – The Winery at Sand Hill was consummated and opened in September of that year.

Rick and Susan look forward to continued success and expansion in the future. 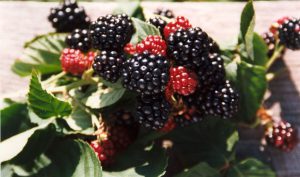